Education played the remarkable role in society for training the individual as well as collective the whole society could be changed in very positive way, like character building society. The educational institutions are major source for bringing the realistic approach among masses. Education can be divided in two categories. E.g. formal and informal. Formal education is divided by organized institutions, including Madaris. History shows that before partition of Sub-Continent both types of education were in practice generally, every student got admission in seminaries for religious and scientific education, but after British Raj the full attention was given on non-religious education resultantly the madaris were neglected that were run by religious scholars without the support of Government. These religious institutions were controlled by self governing bodies established by Ulemas, they were free to develop the syllabus, even conducting the examination. Although the seminaries are helping out to the state for providing education to needy student but public have some reservations regarding the behavior of students of Madaris. It is common perception that Madaris are spreading extremism and rigidness among students. Now it is felt that on National level that reform could be made in religious school to eradicate the extremism. The author has carried out research in this respect. In my opinion all blame for extremism could not be put on the administration of religious Schools. There are other factors which could not be neglected, so through reading the article lot of answers can be found of question which arises in our mind. 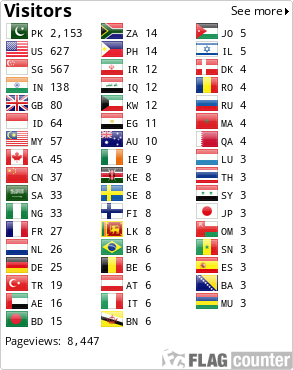